coastal Italian Cuisine in the heart of the hudson Valley

Primo, simply put, is a celebration of coastal Italian cuisine in the heart of the Hudson Valley. We hope you’ll come and be a part of what we are – a place to enjoy life with what we know best – insanely delicious food and drink. The space is light and airy from the inside out, featuring an open kitchen concept, large openings in the main dining room, exposed walnut beams, a wall of windows & a 25 seat private dining room. The focus of the restaurant is the outdoor space, with over 170 seats, an outdoor bar, sprawling Hudson River views, a large shaded pergola, greenery and pops of blue Mediterranean tile accents.

Over the last year we have been meticulously curating this concept - building out the space, assembling the management team and creating the overall vibe/ethos of the brand. We began this journey with a simple question - "what does a beach club in Italy serve at lunch?"

Primo isnt your average "red sauce" joint. We want to showcase a different approach to Italian food. A lighter, more coastal, seafood focused restaurant, with house made fresh pastas, a killer raw bar/crudo selection, creamy espresso, hand crafted refreshing cocktails and copious amounts of crushable wines! Our mission is to create dishes that stay true to the history of coastal Italian cuisine, while using the best seasonal produce from the Hudson Valley. Most importantly, we want to create an atmosphere that's fun. Now more than ever, we want to offer a getaway from everyday life, a place where you can block out the noise and truly relax. So come and kick it with us, crush some pasta, sip a frozen negroni and
enjoy the view - we take care of the rest! 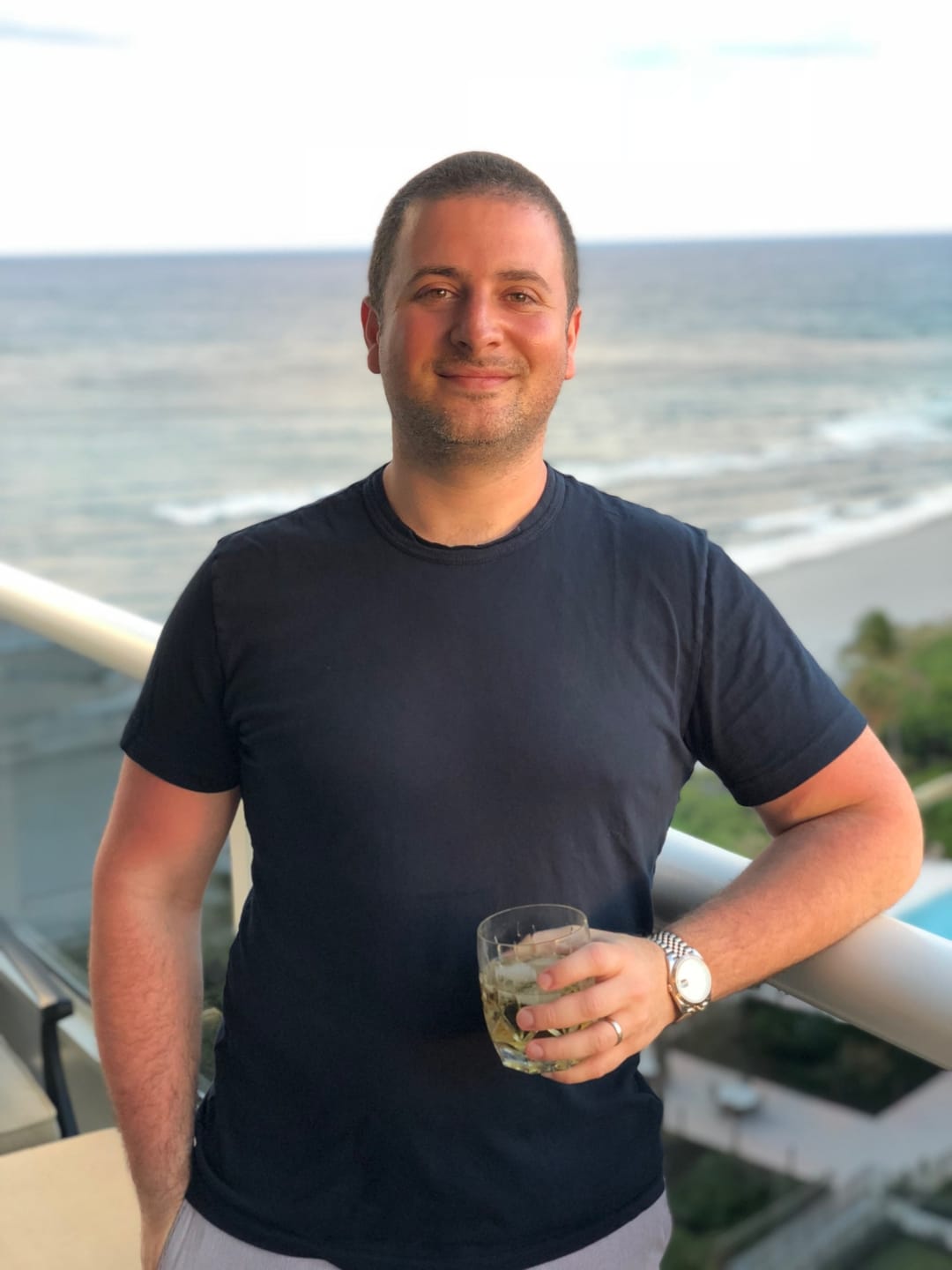 At the young age of 18, Jesse started his professional career in real estate in Manhattan. Within his first 12 months of employment, he signed a sales contract for $2.2M, and would go on to close more than 60 rental transactions by year two.

After success in the real estate business, Jesse was approached by his father about investing in a small restaurant project in the West Village in NYC. That concept turned out to be the original Fatty Crab. Jesse and his father partnered with Michelin Star Chef Zakary Pelaccio in 2005 and played key roles in the creation and rollout of Fatty Crab. Over a 10-year period, they opened 10 different restaurants under the Fatty umbrella (owner operated, licensing, and consulting deals) in NYC, Brooklyn, St. John, U.S.V.I., and Hong Kong, China. At its peak, Jesse was responsible for the oversight of 200+ employees and 30+ managers. Jesse also has experience negotiating licensing deals as he successfully opened two locations at the Barclays Center Arena in Brooklyn. Additionally, the team created three private label products with Williams Sonoma, which were sold online and in all 250 stores. Jesse has worked with some of the best professionals in the business, including mixologist Phil Ward, who is regarded as one of the best bartenders in the country. Together, they collaborated on cocktail lists for four locations including a full-service cocktail bar in Hong Kong.

Looking for new opportunities and challenges, Jesse then went on to consult and oversee the Northeast region (which represented 50 percent of the company’s revenue) for Innovate Food Holdings, a leader in the sourcing, preparation, and delivery of specialty/fresh food. Prior to being sold, The Fresh Diet (a subsidiary of Innovative Food Holdings) was North America's leading food technology company, covering 16,000 miles over 574 towns and cities across the United States. Under Jesse’s leadership and with his operational expertise, he was able to save the company just under $1M within his first 12 months of employment. At the end of his consulting agreement, Jesse decided to head north and move to Poughkeepsie. With his wife in the apple farming business and his extensive career in the food business, Jesse always knew that he would end up in the Hudson Valley. Shortly after, Jesse partnered with the Baxter/Albinder family and created Heritage Food +Drink in Wappingers Falls. Since opening in 2018, Heritage has been regarded as one of the premier restaurants in the Hudson Valley and won over 20 "Best of Hudson Valley Awards". 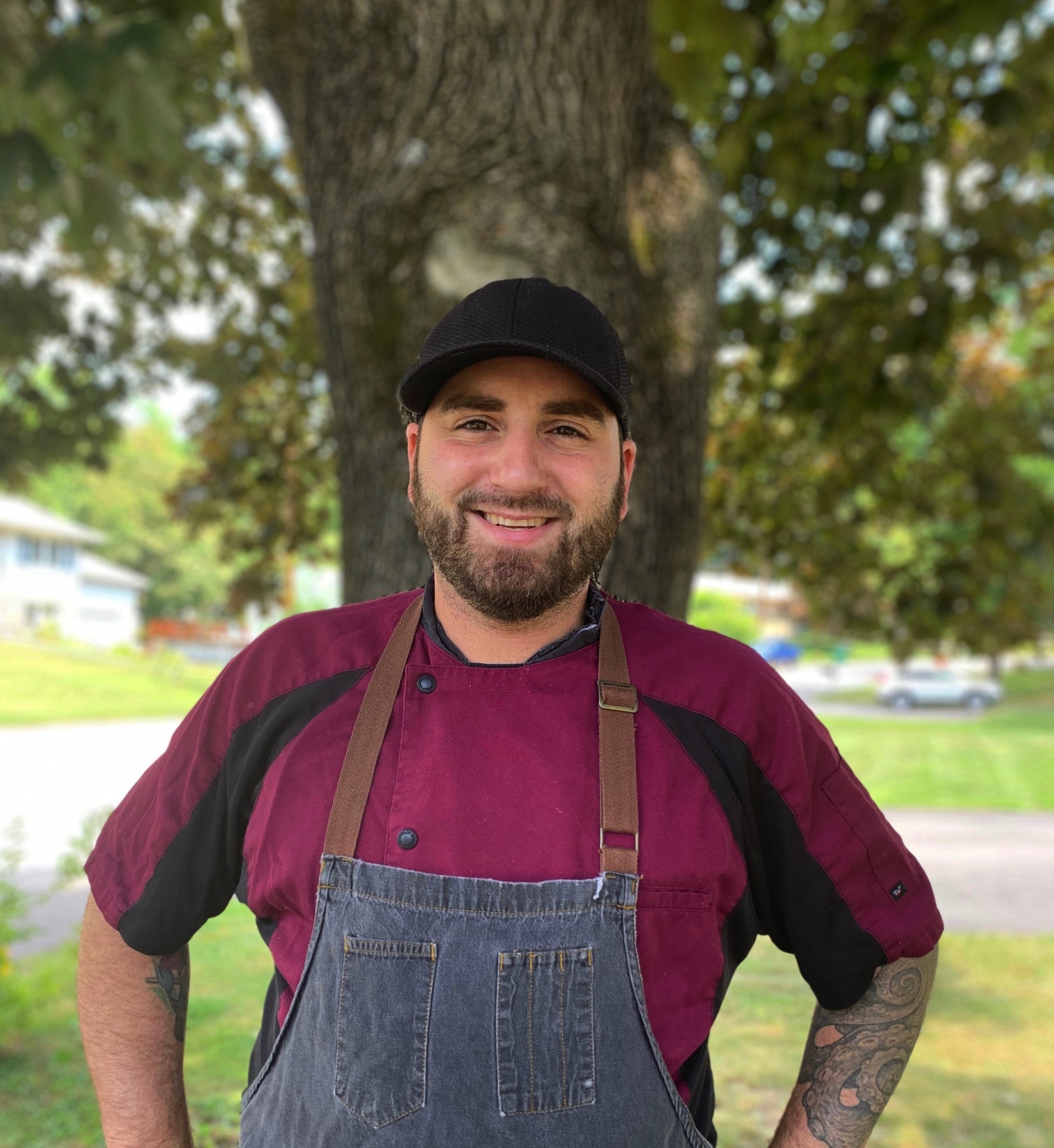 Ralph Bello had a passion for food at an early age. He attended a culinary training program during high school while working weekends and summers at the Mahopac Golf Club. Through his endeavors, he developed a passion for the business and decided to enroll at the world-renowned Culinary Institute of America in Hyde Park, NY.

Upon graduating culinary school, Ralph took a job at Foxwoods Casino and Resort in Connecticut where he worked every station in every restaurant on the property. Wanting to further his career, he then traveled to the Outer Banks of North Carolina where he worked at the Left Bank Restaurant at the Sanderling Resort and Spa. After spending a year there, he decided to move closer to home and became the Sous Chef at the James Beard-nominated farm to table restaurant, LeFarm in Westport, CT. He showed his worth in the kitchen and the owners asked if he would help open their new restaurant concept, the Whelk Oyster Bar, also in Westport.

Following a few more years of success, Ralph wanted to settle down and start a family, so he planted his feet at the amazing local Italian restaurant, Il Barilotto in Fishkill, NY. He focused on regional Italian cuisine while working with fresh pasta, seafood, and locally sourced vegetables. Ralph held the title of Executive Chef at Il Barilotto for six years, up until it closed a few months ago. He currently lives in Wappingers Falls, NY with his beautiful wife Katrina and his two amazing children and couldn’t be happier. He is now looking forward to joining the team at Primo! 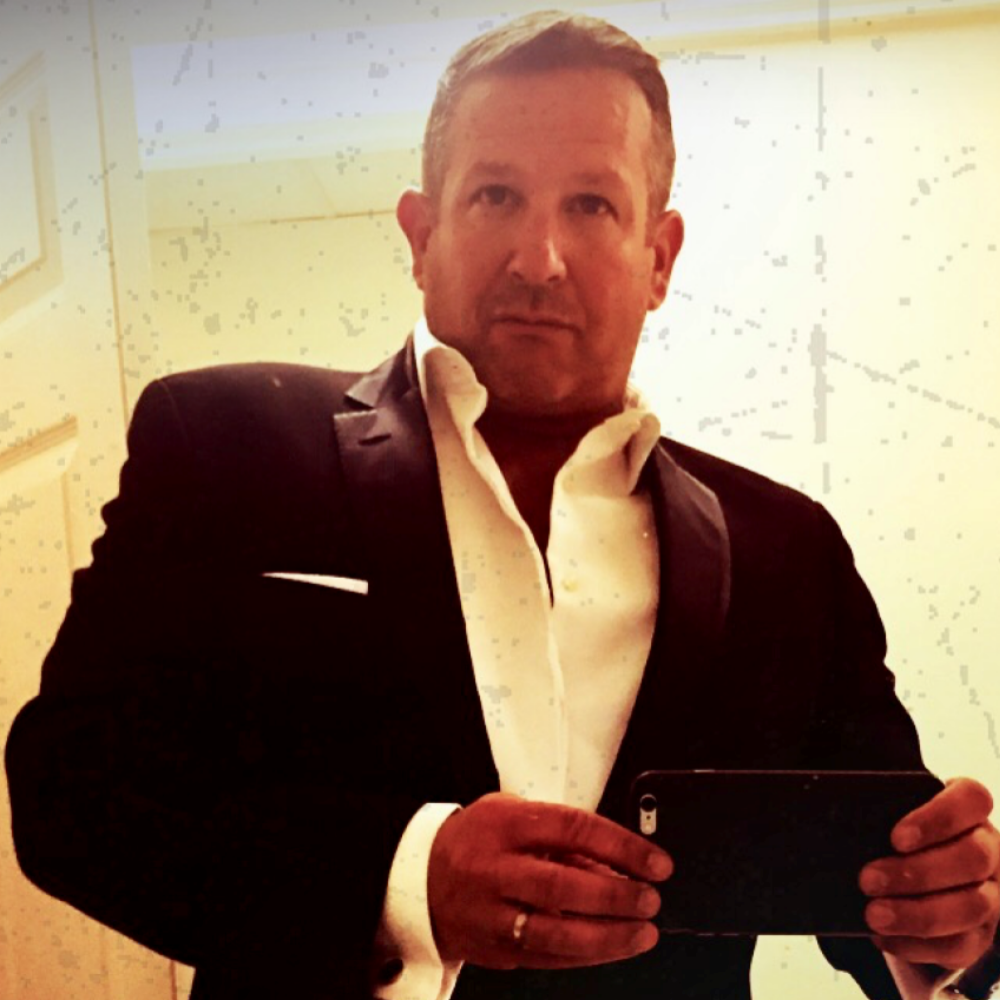 Ed is the OG on staff, having spent the majority of his career with some very successful restaurant groups in New York City. Starting at Blue Water Grill in Union Square with BR Guest, he quickly turned on to wine education, hospitality, and the “lifestyle.”

After completing wine programs with the American Sommelier Association and studying with Master Sommeliers Laura Maniec and Greg Harrington, his course was set. He spent seven years working at Blue Water Grill and then shifted gears, opening Bobby Flay’s Bar Americain in Midtown Manhattan. He then relocated to the Bahamas, running the opening of Mesa Grill in The Cove at the Atlantis Resort in Nassau. This international opportunity, along with a foray into hotel and resort management, really influenced Ed’s outlook and career path. Upon moving back to NYC, he landed at Stephen Starr’s flagship restaurant Buddakan—it was here that he polished his management skills and love for enlightened hospitality.

After five years with Starr Restaurant group, Ed decided to come home to the Hudson Valley with his beautiful wife Mali, son Asher, and daughter Stella. Having grown up across the river in Ulster County, it was an easy transition and one that Ed looks at as a completion of the circle. Ed brings his immense experience with big box style restaurants, special events, and VIP clientele and hopes to take HV Hospitality Group to the next level. His commitment and belief in staff education and using the restaurant as a guide to the guest experience is unwavering. Ed now spends his free time skiing, golfing, and enjoying live music all while searching for the perfect cup of lobster bisque.